A Legacy of Honesty

Randy Dunn, president of Dunn Construction, has worked in home construction since he was old enough to swing a hammer.

Beginning in grade school, Randy started helping out at HR Dunn, the home-improvement company founded by his father Howard Dunn in 1960.  Randy joined his father’s business 1973, after graduating from Varina High School, completing his education at J Sargeant Reynolds, and turning down athletic scholarships for the opportunity to enter into business with his father. By 1977, Randy had married his wife, Barbara, and Howard had offered him a 50% stake in the business. 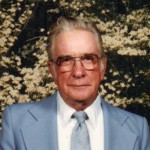 construction, incorporating as H R Dunn, Inc. and gaining a Class A Contractor’s License. Randy and his father worked side-by-side until Howard’s death in 1994.  At that time, Randy became the company’s sole owner with his wife. Today, Randy continues to operate Dunn Construction with the same ethics and high standards Howard founded the company on. Like his father, Randy believes in treating his customers like family, with honesty and respect.  And he’s determined to give them what they paid for – quality products and workmanship with a keen eye for detail.  The longevity of the company, founded by his father in 1960, speaks for itself.